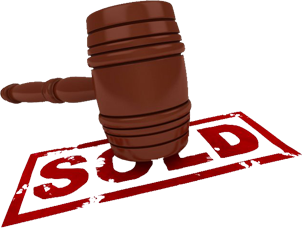 We are holding a fundraising Auction Night at the club on Saturday 6th July to raise funds for the club, to which everyone is invited - club members, friends of the club, relatives - and even if you have had no previous involvement with the club, please come along  - all are welcome.  Food will be available on the night and of course the bar will be open.

We also need help with acquiring items to be auctioned on the night, so would welcome anything that people could provide or source that we could offer…

The 2019 cricket season is nearly upon us and following Friday’s AGM, we thought it would be a good time to provide an update on the latest happenings within the club.

Annual General Meeting – Friday 22nd March
The AGM was held last Friday at the Four Elms Inn and was attended by approximately 20 members. Some of the key points have been highlighted below, including a list of all Officers appointed during the AGM:

This was the most successful Sunday side Four Elms has produced for many many years.

At a time when the trend for Sunday cricket is on the wane, we managed to produce a team that was more than capable of holding its own against all comers to the Elms. Indeed, only once, against Tim’s XI, which comprised the cream of the First Division of the Kent Village League, did we capitulate, and we were missing over half of our regular side due to unavailability and the fact that the three Aussie stalwarts had returned home.

On many occasions, the opposition were simply…

Another restructuring saw us in Division 6 of an expanded League and a changing of the guard saw yours truly back for another stint as skipper. I was looking forward to the 150th anniversary celebrations and, as it turned out, that was a particular highlight. The buzz of cricket week, the marquee, a big crowd and a big occasion with the historic match against the MCC. The ground we all love was looking at its best and attracting admiring glances from guys who play around the country. It was a great way to celebrate and, like all who were fortunate…

How to find us